"The time may be right,
but what about the price?"

"The time may be right,
but what about the price?"

Michael Hannon is a seasoned business executive with over 35 years of deep, well‐rounded leadership and management experience, primarily in the high-growth environmental, waste services & recycling industries.

He has accumulated a solid track record of achieving aggressive strategic growth targets through the successful completion of large, highly complex M&A transactions, while working as a senior corporate development and M&A executive at several publicly traded national environmental service companies, and as President & CEO of Valuation Insight. 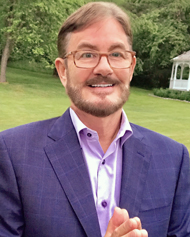 He has the unique ability to take a broad-based perspective on all business development matters, due to holding a variety of multi‐discipline senior management positions on both a regional and national level (i.e., Mergers & Acquisitions, Corporate Development Executive; Region VP of Operations; CFO, and Region Controller).

Over the course of his career he has accumulated extensive experience while completing over 300 individual M&A transactions of all sizes and deal structures. The business acquisition transactions he has been involved with have aggregate annual revenues of more than $1 billion.

Michael began his career serving as Regional Controller for a publicly traded service company; holding responsibility for all financial activities of 25 business units spread over a 5 State area of the Midwest. He then served as a Regional Controller for 10 years with 3 different national, publicly traded (NYSE listed) environmental service corporations.

After this, Michael was promoted to the role as Region Vice President for a national waste & recycling services company, where for nearly 5 years he held direct responsibility for the overall leadership, strategic growth and P&L performance of 28 business units spread over a 14 State area of the Midwest for nearly 5 years. At the time, this Region generated annual revenues of more than $135 million, utilizing total assets valued at nearly $200 million (not adjusted for inflation).

In each of the positions described above, Michael accumulated increasingly more hands-on experience in corporate finance/accounting, with the development & execution of strategic plans, leading business operations and P&L accountability, and in performing all functions of corporate development and M&A activities.

One of the highest profile positions held during in his career was as Vice President of Mergers & Acquisitions and Corporate at Allied Waste Industries (now named Republic Services). He served in this role for 8 years, from 1994 to 2002. During his tenure in this position, Michael held overall responsibility for successfully leading and executing the aggressive acquisition-based growth strategy of the corporation.

At the time he started in this executive level corporate officer position, the company had just completed 1993 with annual revenues of $54 million; and when he departed in 2002, Allied Waste had grown significantly to be generating annual revenues of more than $5.6 billion on his watch.

This phenomenal growth was achieved primarily through the company’s acquisition of over 300 individual privately‐owned businesses (plus 3 publicly traded corporations), as well as successfully completing dozens of other large, capital intensive strategic corporate development projects. Michael was personally responsible for originating negotiating and completing 65 of these M&A transactions, which contributed new annual revenues of more than $500 million.

In 2002, Michael founded and served as President & Principal Consultant of Valuation Insight. The firm specializes in providing expert M&A transaction advisory services (for both Buy-Side & Sell-Side deals) to the owners of privately‐held businesses, private equity firms and corporate clients. The firm enjoyed considerable success from 2002 to 2006, closing dozens of M&A transactions and corporate development projects in a variety of industries, while specializing in the environmental services, waste management and recycling industries.

In 2006, he then accepted the position as Vice President of Corporate Development for a national, publicly traded service company, and later served as the Director of Acquisitions & Corporate Development for another publicly traded service company through 2008. This company generated annual revenues of more than $1 billion at the time. In January of 2009, Michael returned to Valuation Insight as President & CEO, and is now actively involved in every client engagement taken on by the firm.

Find me on LinkedIn